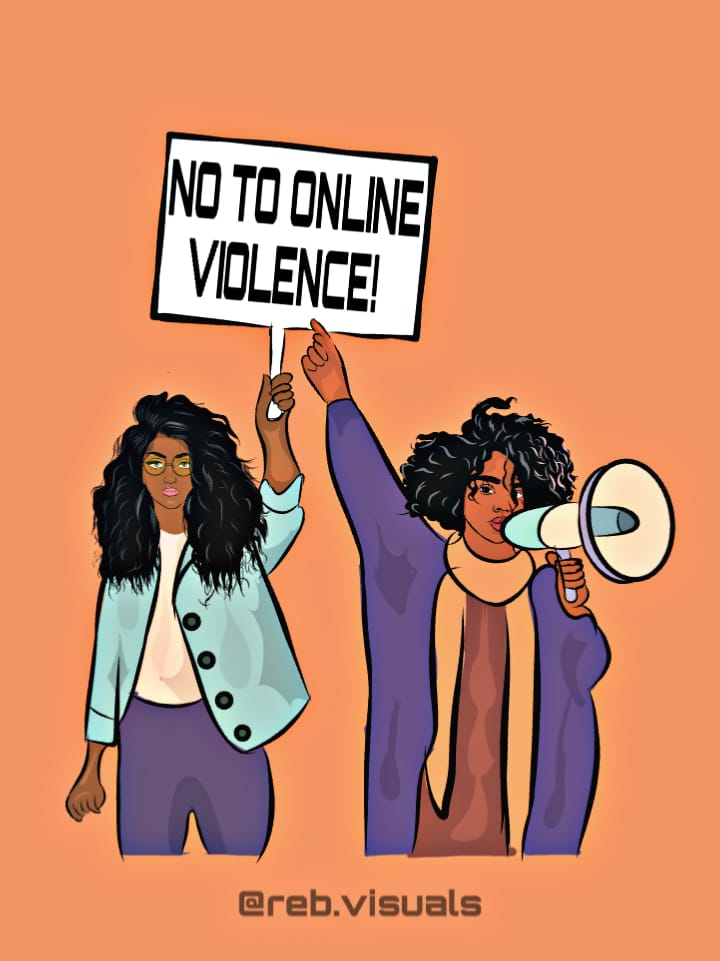 When my plus size photo became a meme

If I died today, I would probably have a pretty long eulogy with no pictures of my childhood, teenage life, or even my youth to back it up. Does a beautiful story with no proof, rings a bell?

I can barely remember the last time I had high self-esteem when it comes to my appearance. Even though every girl has their own low points when it comes to self-esteem, I often felt like mine was triple what everyone else felt. I wanted to be beautiful and admired but then the mirror gave me nothing but disappointments. My face was just not pretty enough, my body was just not close to what I felt I should be and no matter what I did, it just never got better. So when I ran out of options, I decided it was time I learned to embrace myself for who I am.

The first step was learning to appreciate the outstanding things that I had. So not long ago, I embraced the cluttered sound of a camera and began taking more pictures than I did before. I went out shopping for the latest trends, I started going for shoots and I also applied to be a plus-size model. I thought it was a perfect platform to embrace my inner and outer beauty and take more pictures than ever before.

I got invited to take part in an Ankara Festival fashion event and as the date of the event approached, there was a need to hype it up. We began going for shots to advertise the upcoming invent. The first shot was beachfront. I asked my best friend to accompany me. I was a stranger among many, I only knew my plus one. Still, we blended in and took part in the shoot. As usual, we took pictures in groups, pairs, and alone.

The morning after the shot, I woke up to a couple of edited pictures already posted in the WhatsApp group, one of them being mine. I remember texting the photographer and asking him not to share the pictures I had taken with the boys since I wasn’t comfortable with them out in the public domain. So he went ahead and deleted the one he had already posted. Technology didn’t make it any easier for me since those without delete feature had access to pictures. For a moment, I believe I had it all solved.

My first modeling beach shoot turned into a nightmare. One morning, I got a WhatsApp message that had my picture turned into a slut-shaming meme.

I am not sure I know how exactly it is that I felt, but I was sad, frustrated and so confused. I sought advice on what to do. My best friend advised me to discover the source and confront them on who might have shared the picture considering that I hadn’t shared it on social media. My little investigation led me back to the guy I was with on the picture as the sole sharer of the picture to the meme lord. I managed to convince the meme lord (yah there are people called meme Lords) not to share the meme. Little did I know that by confronting the source I lit up a fire I couldn’t put out. I later learned that the photo had then been posted in a meme lords group and made a challenge. Now every meme lord was getting creative with some of the most shameful quotes they could come up with. Things had spiraled out of control, neither the photographer nor I could control the situation.

My phone kept buzzing, my friends kept calling and strange numbers kept texting. It was everywhere, from WhatsApp to Facebook to Instagram. I had eighteen different versions of memes with my picture on them, they were probably more, I just got tired of counting. Each meme contained a different message, nothing positive, only slut-shaming words. As though the memes were not enough, someone still went ahead and created a WhatsApp sticker from the meme. How could a complete stranger be so cruel to a sweet soul like me? The comments on social media tore me down. Everyone had an opinion about the meme. The rate at which it was being shared on social media was devastating. I cried a river, sobbed myself to sleep but still, it didn’t get any better.

My friends kept asking questions, others mocked me, some took pity on me while others stood by me and encouraged me.

I could not face my parents let alone open up to them. I gave myself an ultimatum of telling them or letting the cruel world become the storytellers of my misfortune to my own parents.

I barely stood in front of the mirror to look at myself, my self-esteem had been shattered. I felt like a disappointment to myself and my family. I locked myself up in my room unable to face reality. My self-respect had been torn down and I was depressed.

The more I embraced the idea of speaking to my mum and dad about it the more depressed I became. Those lips that once told me how proud they were of me, thinking that they could be like the rest tore me down even more.

I felt like I deserved to die, I wanted the earth to consume me and spare me the shame and embarrassment that awaited me. The thought of committing suicide tormented me and at some point, I almost gave up. I remember holding my phone and googling some of the easiest ways to commit suicide. I wanted to run away from the stares and murmurs of people across the street when I walked by but my legs were too weak.

Often at times, I drowned myself in sorrow. The texts from strangers didn’t make matters any better. So I decided to switch off my phone, seek help, and face my misfortune.

One morning, I remember walking towards my mum with tears in my eyes just before she left for work. I figured it was about time she got to know what was happening. As soon as she saw the meme and saw me sobbing in front of her, she could tell I was broken. She was my mother. Only she would understand her daughter’s pain. She hugged me and got me a glass of water. Surprisingly enough she understood the circumstances that had befallen me. She knew I wasn’t courageous enough to face my father and talk about it so she took it upon herself to explain it to him.

We thought of the way forward, we considered going to court but we barely knew where to start. A friend convinced us to go to the International Federation of Women Lawyers (FIDA), but considering how long cases in Kenya take, it would be years before the case was concluded. Years of spending money and time wasted not knowing if it will be worth it at the end.

The best part of everything revolved around the support and love that my family showed me. They gave me the strength to take it a day at a time.

Time heals all wounds indeed, mine may not be as sore as before but the bruises are still there and maybe that’s why up until now I still haven’t been able to stand in front of a camera and say cheese.

I took it upon myself to secure my online activities. I changed my passwords. Limited people’s access to my online activities. I got rid of toxic companies. My information online was only accessible and visible to those I considered fit. Online violence may have damaged a part of me but it still opened my eyes to a new level of online safety.