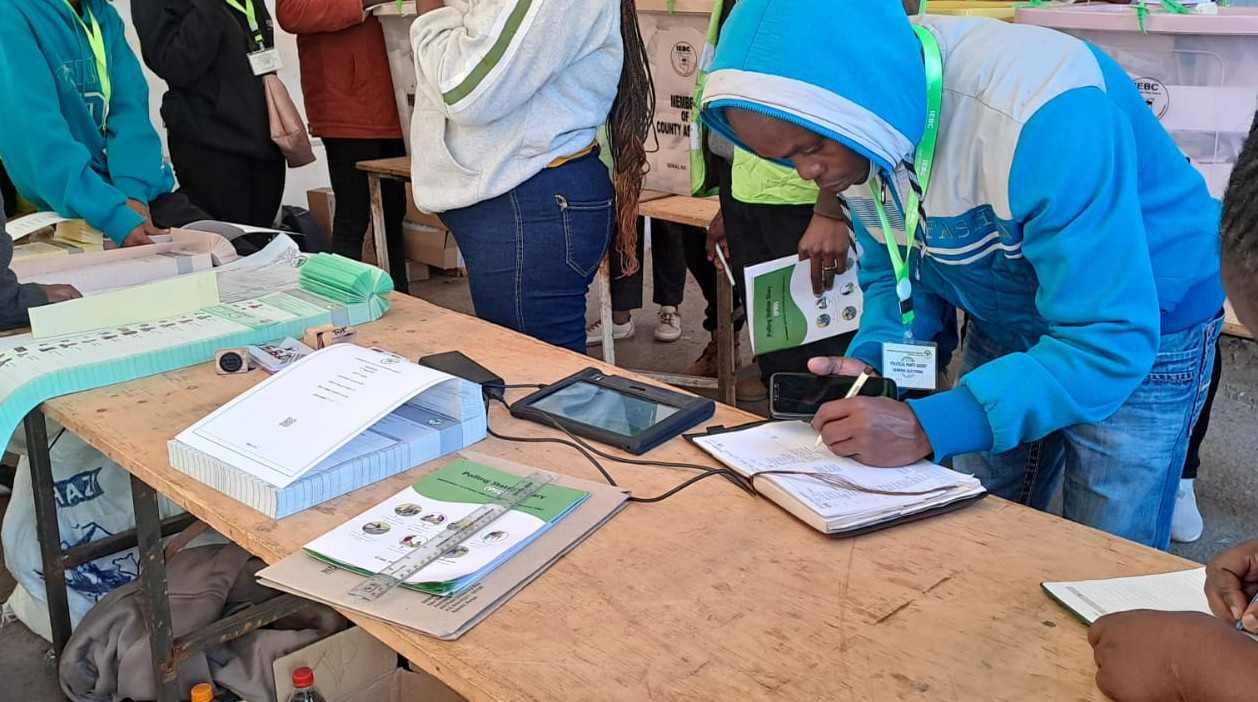 Ever since multiparty elections were sanctioned in 1992, Kenyans have always voted peacefully and gone home quietly. The election-related problems or violence that occasionally erupts arises from what happens AFTER polls close and not during or before.

So this week we take a technical deep dive, an inside view of what happens after polls close and the associated risks.

Polls are supposed to close at 5 pm on election day and the polling station is converted into a tallying center. The Presiding Officer is expected to log in and access the KIEMS Kit (the same IEBC laptop used to identify the voter) in order to technically close or end the polling period.

This means that a gap has been deliberately left open where voters can be injected into the system after polls close – even when those voters are not physically present at the polling station. The absentee voters who never showed up during the day are often the usual suspects of being made to vote after hours.

In a purely biometric or digital identification process, the absentee voters would not be able to vote since their biometric fingerprints would be needed by the system in order to access the ballot paper.

However, in a system that allows for a manual method of identification, the absentee voter can be simulated to have been manually identified – particularly in polling stations where agents, election officials and observers conspire or agree to participate in the mischief.

But assuming there is no mischief and the presiding officer technically closed the polling station on time at 5 pm, the manual tallying process would normally begin immediately. Since there are only a maximum of 700 votes for each of the six elective positions per polling station, tallying should actually take between one, two and maybe three hours maximum.

By the time Kenyans tune in to watch their evening prime time news at 9 pm, most polling stations would have finished tallying – except where there could be disputes that need re-tallying.

Once the tallying or counting of ballots per candidate has been done, the Presiding Officers manually complete the declaration of the result forms such as Form34A for Presidential results and submit the same to the Returning Officer for digital transmission.

The Returning officer then logs into the KIEMS Kit (laptop) and activates the results transmission system (RTS), which opens up and allows him or her to digitally enter the results as captured in the declaration forms (eg Form34A)

The RTS software has some internal checks such as ensuring the number of votes tallied for all candidates per elective position do not exceed the maximum 700 per polling station. It also has additional checks such as the total no of valid votes, spoilt votes and disputed votes per elective position does not exceed the 700 limit.

Once the basic checks are cleared, the Returning Officers scans the Form34A and clicks ‘submit’ to trigger the transmission process. The transmitted Form 34As then hit the IEBC servers and are available for public view or scrutiny.

Form34As will require a good quality internet connection (3G and above) or the images of the forms will fail to transmit. Additionally, observers should be concerned about delays in transmission, since those polling stations that transmit a day, two or even three days later will need to explain their source of delays.

I hope this gives you an inside view of what transpires in the polling station after you have voted and gone home to wait for the results. More importantly, I hope you now understand the potential weaknesses that could be avoided or exploited in order to guarantee all of us a peaceful post-voting period.