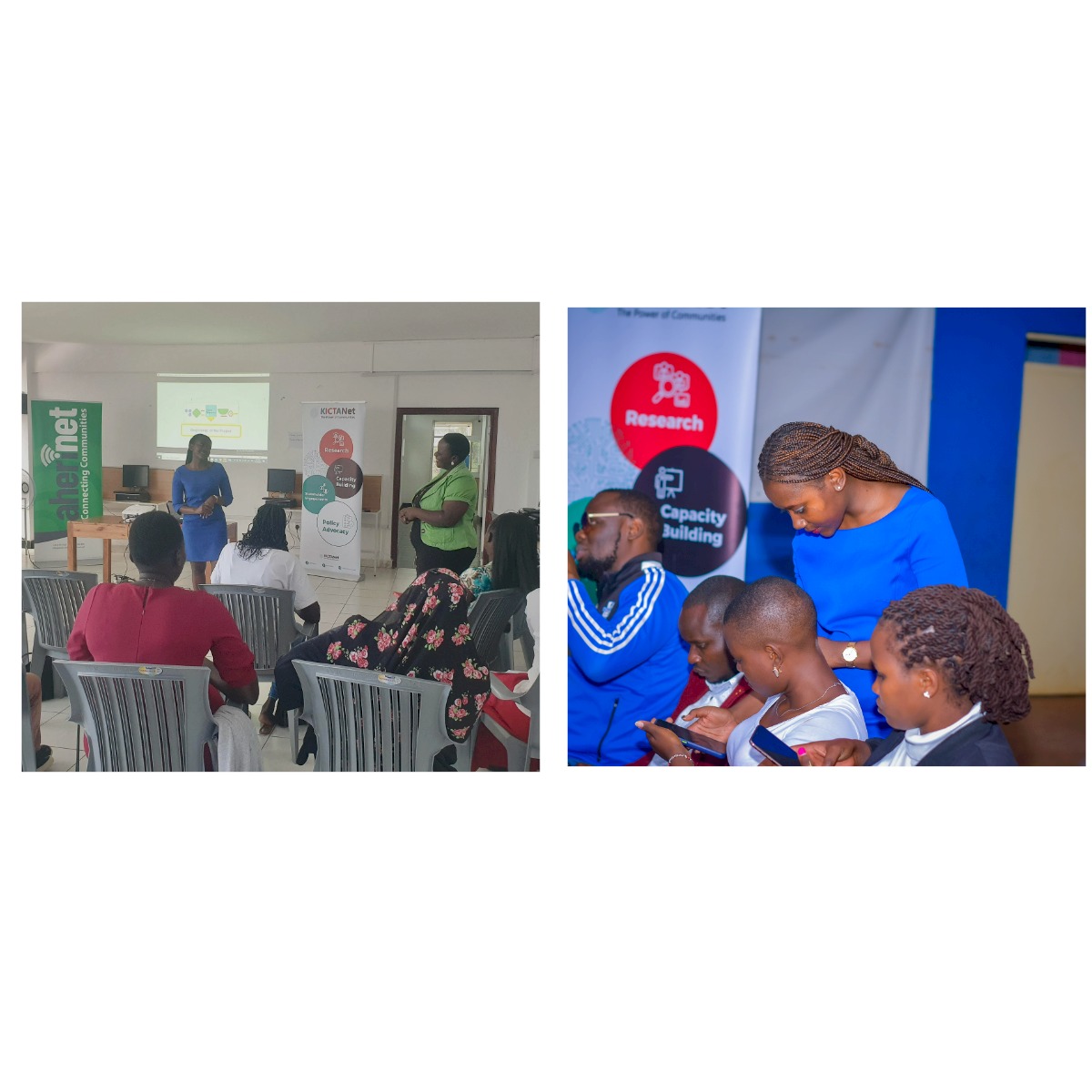 On 16th November 2022, KICTANet conducted two community of practice workshops in Kisumu and Kakamega with 40 participants drawn from Community Based Organisations, human rights defenders, feminists, activists and journalists. We joined the international world celebrations for tolerance by raising awareness about the Digital Enquirer Kit (DEK), an e-learning module designed for human rights defenders, journalists and activists around the world who are curious to tackle misinformation and learn how to navigate the online safely.

For the past nine months, KICTANet developed module 5 of the DEK on Online Gender Based Violence (OGBV) in collaboration with GIZ and the University of West Indies.  In order to localise the contents of the DEK,  we first introduced the first four modules of the Digital Enquirer  Kit. Then we delved into the 6 lessons of module 5 on OGBV.

To break the ice on the complex topic that is OGBV, participants were first asked to explain how they understand the concept of gender. After this, they then brainstormed on the relationship between gender as a social construct and the power dynamics in society. This was then linked to the phenomenon of gender-based violence which can take the form of physical, verbal or emotional abuse. From this background, KICTANet introduced OGBV and how it manifests online.

Participants identified that the perpetrators of OGBV seek to harm, embarrass and humiliate their victims online through cyberbullying, doxxing, cyber harassment, non-consensual sharing of intimate images and political astroturfing. Participants shared their experiences online and how it affected their mental health and interactions on certain social media platforms.

KICTANet called on participants to observe cyber hygiene and digital security best practices such as formulating strong passwords and reporting any suspicious activities on their social media applications, avoiding the use of public Wi-Fi when conducting sensitive transactions such as mobile banking and to minimise intrusive applications permissions in order to stay safe online.

How do we unite against OGBV? KICTANet urged participants to report OGBV content on social media platforms, to stand up for OGBV survivors when they notice they are being harassed and to distract the OGBV perpetrators by diverting attention from the harmful comments/content. At the end of the session, all participants enrolled for the Digital Enquirer Kit on their mobile phones.

To kick start the session, participants were asked to describe what privacy means to them as women. They talked of covering themselves, securing their house/compounds and keeping their personal matters private. Without knowing it, the participants identified one of the biases that pose data protection challenges for women, the physicality bias. To explain further, it is the bias that privacy is confined to the physical realm and not the online space.

KICTANet shared findings from its policy brief on Data Protection and Privacy from a Gender Perspective. These findings were that Kenya’s current data protection legal and policy regime has gender biases that jeopardise women’s data protection. In addition to physicality bias, the other three biases are business efficacy bias, executive fiat in public governance and gender-neutral business legislation.

KICTANet called on participants to raise awareness about the Data Protection Act and call for a gender perspective in its implementation. Secondly, Participants were encouraged to do more advocacy work around women’s data protection in their communities as part of their projects. Finally, KICTANet urged the participants to monitor the data protection practices of the government, internet service providers and fellow internet users and condemn unlawful data collection, storage and processing practices.