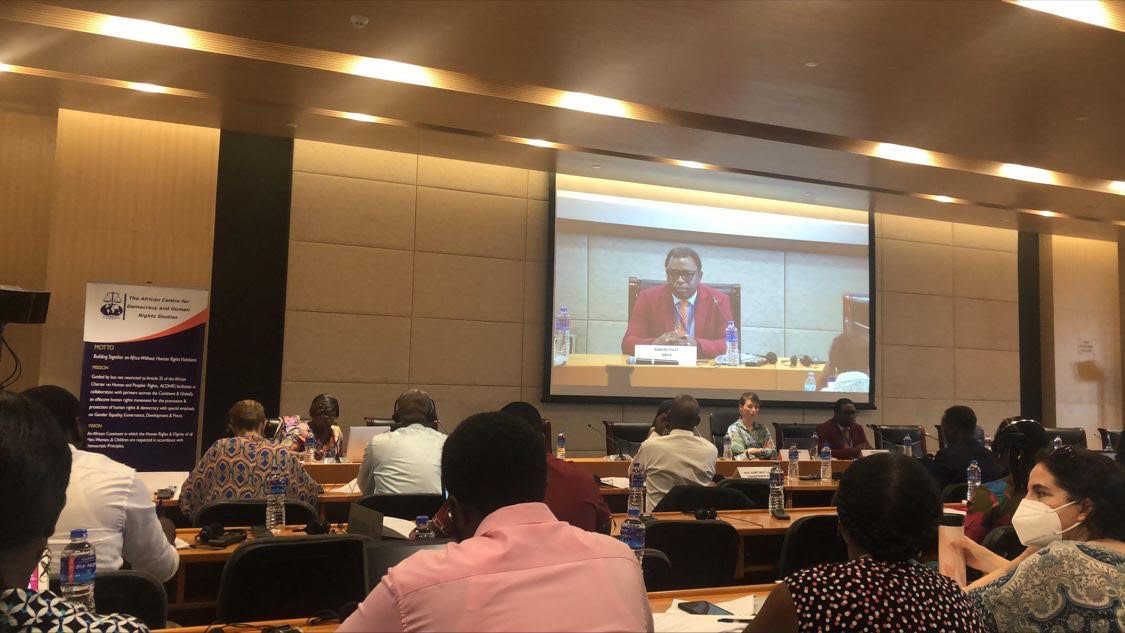 KICTANet attended sessions covering a wide range of issues under the African Charter on Human and Peoples’ Rights, namely human rights concerns on the African Free Trade Area, the Impact of Internet Shutdowns in Africa and Making an impact with the African Commission with Digital Rights NGOs.

On the Impact of Internet Shutdowns in Africa, the following triggers for internet shutdowns were highlighted; national examinations, political instability and upcoming elections. The impact of internet shutdowns was also discussed; financial loss to businesses and halting of emergency services reliant on the internet. Civil Society Organisations (CSOs) were called upon to research and measure internet shutdowns using OONI and other tools to keep governments in check. During the panel, KICTANet called on a multi-stakeholder approach in advocating against internet shutdowns in the continent. This could take the form of knowledge exchange sessions on internet shutdowns between traditional NGOs focusing on offline human rights and digital rights NGOs.

In 2017, KICTANet developed a policy brief on Elections and Internet Shutdowns in Kenya and in June this year, KICTANet, together with other civil society organisations called on the government not to shutdown the internet in the run-up to the general elections.

On the Human Rights Concerns presented by the African Continental  Free Trade Area, the panelists noted that the word “human rights” only appears once in the Agreement Establishing the African Continental Free Trade Area. This is particularly worrying given that the free trade area will present human rights challenges, such as labour rights issues and the fact that the right to life includes the right to livelihood. KICTANet called on a holistic human rights approach that includes digital rights issues such as data protection and internet access in the free trade agreement.