KICTANet, in partnership with APC’s Our Voices Our Future (OVOF) project, is hosting a two-day Gender Internet Governance Exchange (GIGX) Workshop for structurally silenced communities. The workshop aims to bring the voices of silenced minorities into the internet governance space both at local and global levels. In attendance were groups from the LGBTQ communities, people living with disabilities and community network advocates at grassroots levels.

The workshop started with opening remarks by KICTANet’s CEO and Convener Grace Githaiga. She set the agenda for the day and highlighted KICTANet’s role in convening the Kenya Internet Governance Forum and its involvement in policy discourse.

Liz Orembo, KICTANet Trustee stressed on the need to bring minority voices into the internet governance space as it is crucial for the sustainability of the multi-stakeholder governance approach in internet governance. The Internet also needs to benefit and empower everyone; otherwise, it will create new structures of marginalization.

Introduction to Internet and Governance

Ms Judy Okite, the Association for Accessibility and Equality founder, led the morning session with an introduction to the internet and governance. She took the participants through internet governance definitions in the policymaking process. She emphasized that it is not just about linguistics; they are essential tools. For example, how a policy issue is defined impacts how the policy solution is shaped and implemented.

The next presenter was KICTANet trustee Mwendwa Kivuva who took the participants through public internet resources and their basic concepts. Some basic concepts discussed include IP address, domain name, protocol, standards registry, registrar, and internet.

He highlighted the role of the technical community. Particularly, he explored ICANN, its structure, and the role of its three supporting subgroups. Attendees learned that ICANN relies on advisory committees to receive advice on the needs of stakeholders who do not participate directly in the GNSO, ASO, and ALAC-RALOs.

Ms Mercy Wanjau, the Director of Legal Services at the Communications Authority of Kenya, shared with the participants the intersection between internet governance and gender. “This particular exercise is important as it will equip you to understand the intersection of gender and the internet. The internet is overwhelmingly male. The male gender tends to navigate the internet better when compared to the female,” she said.

In addition, she opined that Internet structures tend to be discriminatory, especially towards persons with disabilities. One strong message Ms Wanjau wanted participants to take with them is that “It is not over until we are in.” How should women and persons with disabilities get involved in the fight for favorable policies and frameworks?  “Policy and policy aspect demands that one gets involved.” If you are committed to speaking to universality, it allows for favorable policies and frameworks.”

Sometimes policies are developed without regard to a “gender-neutral policy.” At the policymaking level, gender needs to be mainstreamed, with issues being addressed at the beginning.”

In the day’s final session, Mr John Walubengo took the participants through six critical lessons on internet governance actors. He started off with a history of the internet from its inception and its evolution. Participants were taken through the basics of internet design principles, internet governance, the private sector and regulation, and the national and transnational organizations’ role in governing the internet. He stressed that a successful internet design hinges on openness, accessibility, and the end-to-end communication principle.

On internet governance, the workshop learned that it comprises two elements to a lesser or greater extent. First, the running of the internet’s technical infrastructure includes the IP numbers, domain names, internet protocols, and root servers. Second, the impact of the internet on society is often described as “public policy issues.” These comprise content control, cybercrime and intellectual property.

In the end, Mr Walubengo shared that the internet can only be a tool of global empowerment if fundamental rights are recognized and respected. The rights to protect include access to all, shared learning and creation, privacy, surveillance and encryption, governance of the internet, and the awareness and realization of these rights.

Florence Awino is an ICT Access and Equality Fellow for PwDs at KICTANet. She has a background in Environmental Science and Information Technology. 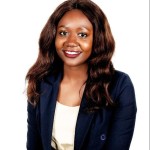