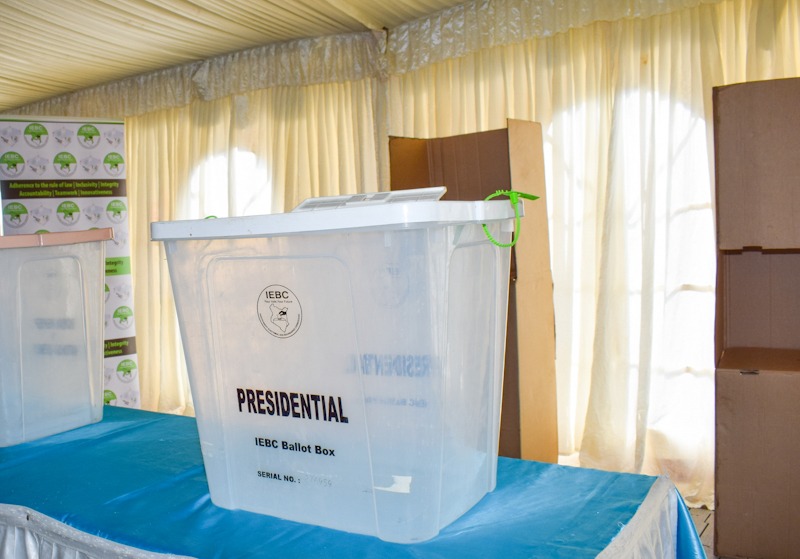 Last week we discussed the issue of manual vs digital registers with regard to voter identification. Whereas this issue has been widely covered in the media, there is very little coverage and discussion around the results transmission system (RTS) that IEBC will deploy next week during the general election.

The first thing that Kenyans need to know is that the traditional big screen at Bomas where IEBC shows the real-time, presidential race in terms of running totals at any given time may not be happening as usual.

This is apparently because of the rough time the Supreme Court gave IEBC lawyers during the 2017 Presidential petition, where EEBC was asked hard questions about the legality of the text-based, digital results.

Are the digital Presidential results shown on the Bomas of Kenya big screen the real results and if not, what exactly are they?

This is a tricky question, particularly when asked within the context of the Maina Kiai Constitutional Petition No. 207 of 2016, where the appeal court reached the conclusion that Presidential results at the constituency level (Form 34A) are final, that is the real results and IEBC cannot change them for whatever reason.

To pre-empt these legal issues, IEBC seems to have opted NOT to stream the Presidential TEXT results and will instead settle on simply uploading the Form34As as transmitted from the various polling stations.

Whereas this is a ‘safe’ legal position for IEBC to take, it denies ‘Wanjiku’ the benefit of seeing how their presidential candidate is performing (or not) in real-time, as and when the results stream in, randomly from the over 45,000 polling stations.

Form34As are available on Public Portal.

IEBC expects Wanjiku to access the digital image of the Form34As on their public portal and do her own tallying to get a feel of who is winning or losing at any given time as the transmission progresses.

However, it is obvious that Wanjiku lacks the capacity or the time to do this. Essentially, the reality is that Wanjiku will be in a prolonged blackout as she awaits the results to be finally announced by IEBC, perhaps at the end of the exercise.

To address this gap in information flow, IEBC has sought to incorporate media houses in trying to review, analyse and report on the interim presidential results on Form34A as they stream in. It is however not clear if the media would provide the running totals in exactly the same way, and as authoritatively as IEBC used to do on the Bomas of Kenya big screen.

Which polling station has NOT yet Transmitted results?

What is even more worrying – beyond lack of real-time running totals per presidential candidate – is the fact that Wanjiku wont be able to tell which polling station HAS NOT YET submitted or transmitted their Presidential results at any given time.

What is even more worrying – beyond the lack of real-time running totals per presidential candidate – is the fact that Wanjiku won’t be able to tell which polling station HAS NOT YET submitted or transmitted their Presidential results at any given time.

This type of information is crucial in terms of highlighting potential areas of mischief since Wanjiku will be able to spot and loudly wonder why a particular polling station is taking two or more days to transmit results, while its neighbouring polling stations managed to do so within the election night.

The Kreigler report of 2007 recommended digital systems in our electoral process as a way of increasing transparency in order to enhance the integrity of our election. Opaqueness is fertile ground for mischief and the lack of authoritative, real-time, running figures for the Presidential election will be a big throwback to the digitisation efforts at IEBC.

IEBC should reconsider their decision not to share Presidential running totals for the sake of increased transparency for Wanjiku.