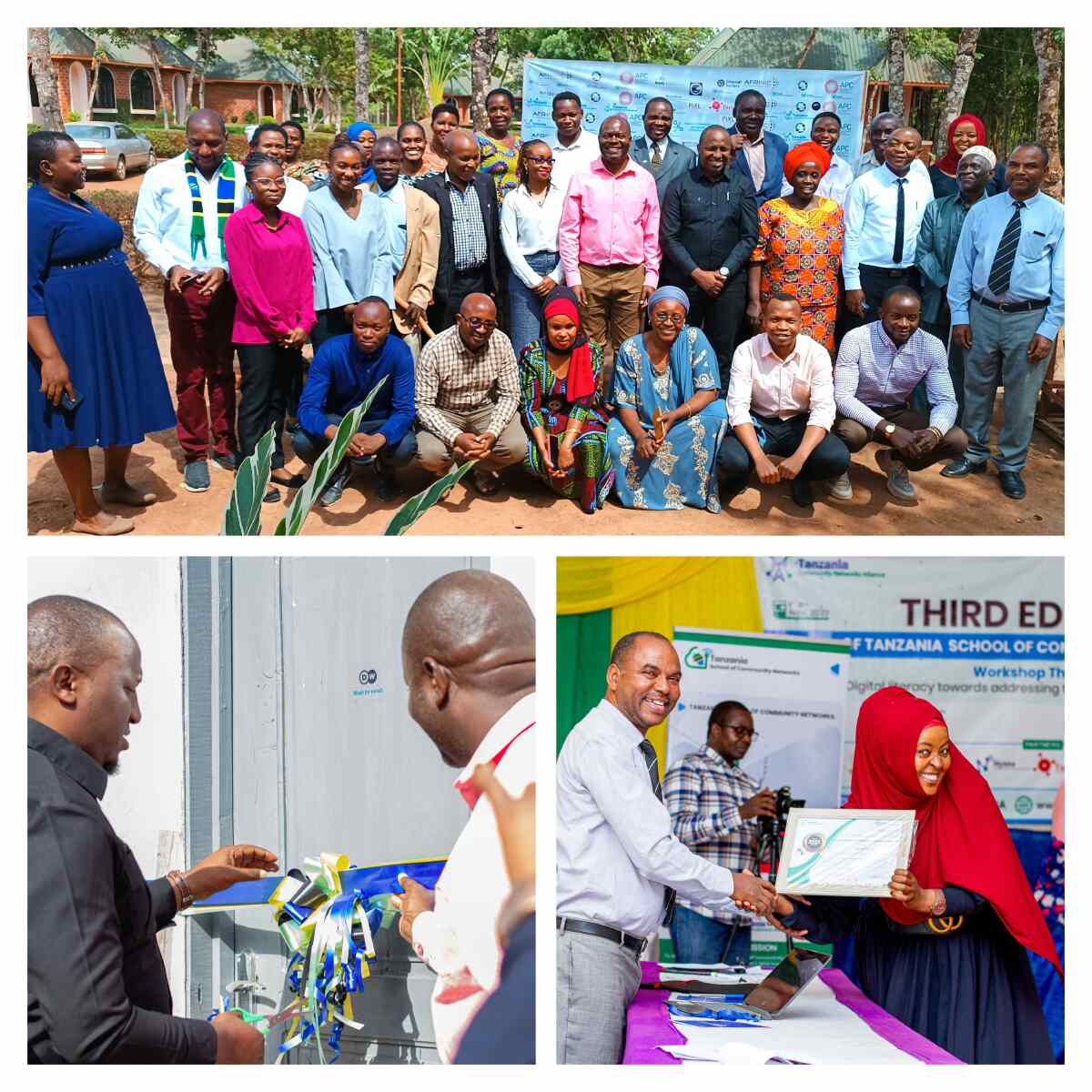 The third edition of the Tanzania School of Community Networks (TZSCN) convened by Kasulu Community Networks Cooperative took place on 1 – 2 November 2022 in Kasulu district, Kigoma Province, Tanzania. The edition themed “ Digital Literacy Towards Addressing the Usage Gap in Tanzania” seeks to build capacity around methodologies towards full utilization of broadband connectivity within the underserved communities in Tanzania, through digital literacy. The 2-day conference was officially launched by Hon. Joseph Kashushura, the District Executive Director of Kasulu District Council. Hon. Kashushura stressed the importance of government inclusion within the movement as an advocacy effort toward creating policies in support of the emergence and growth of community networks.

The community networks have come together to make up the Tanzanian Community Networks Alliance, advocating for meaningful universal connectivity that contributes towards a positive impact in the digital economy. The award for best community network during this third edition went to Kondoa Community Network Alliance for outstanding performance, taking into consideration:

The school opening coincided with the opening of the Kasulu telecenter and the launch of the Tarime community network website.

It was commendable to see nearly half as much representation of women and the inclusion of persons with disabilities, with one blind participant. Even though there was Impressive participation of women, women and girls in rural Tanzania are still being left behind due to a lack of time in exploring digital literacy. They are expected to focus on house chores and fending for the family at the market leaving little time for digital exploration. The economic gap that exists between men and women in rural Tanzania makes it difficult for women and girls to afford mobile phones.

State of Internet Connectivity in Tanzania

There have been efforts by the government to improve broadband connectivity for more than 75% of the country’s population through the Digital Tanzania Project, understanding the need for high-speed broadband connectivity to the industrial revolution of the country. Under this project, the Ministry of Information and Communication Technologies awarded a contract to Tanzania Telecommunications Corporation to construct the fiber network over the power infrastructure, with USD 150 million loan from the World Bank.

On 3rd December 2022, the president of Tanzania Hon. Samia Suluhu Hassan launched Raddy Fiber Manufacturing Ltd in Mkuranga District with the capacity to produce 24,000 Kms of fiber, aimed at speeding up the extension of the National ICT Broadband Backbone (NICTBB). However, despite the National Fibre Optic Cable network, named National ICT Broadband Backbone (NICTBB) covering over 7, 000km of the country, it is estimated that over 70 percent of the backbone is not used in many districts. This is due to a lack of affordability, the limited spread of technology, a low level of ICT skills development, backward national policy, and a low level of public awareness.

The follow-up blog will discuss lessons from the school in detail.

This is a series of our publications on Community Networks.
Ms. Catherine Kyalo is the KICTANet Africa Regional Coordinator for Community Networks under the APC-LOCNET initiative. She is passionate about community welfare and enjoys yoga to rejuvenate. LinkedIn | Twitter