Something that We Cannot See Is Holding 5G Back in Africa

I can get my existing number ported to a VoIP provider for R50 a month –
and voice calls will be about half the price of Telkom SA.

That’s more or less a 30 fold speed increase for about the same price.
No brainer.
Plus now everyone in the house has enough bandwidth – so there is no
fighting or blaming others!

My “ping” time to Teraco, Joburg (Peering point and where I have
equipment) has improved from a best of 35ms to 10ms.

The results of running a 5G service are great! There is no fibre in my
immediate area as of yet – so I simply love this. I just don’t know yet
if the base stations have batteries so they can survive Load Shedding –
which is back to bite us in South Africa.

Talking of Huawei, I have no idea if my service is being spied upon –
but all my e-mail, ssh access and majority of my web traffic is
encrypted. I’d prefer to see more competition. Huawei may have my SSID,
Wifi password and an admin password which is only used for that device.
I’ve noticed that if an SSH session is idle for 5 or so minutes – its
disconnected. That has never happened before – so there is some
intelligent control going on. No native IPv6 yet. 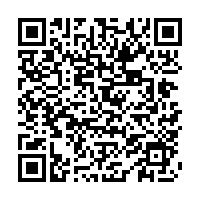