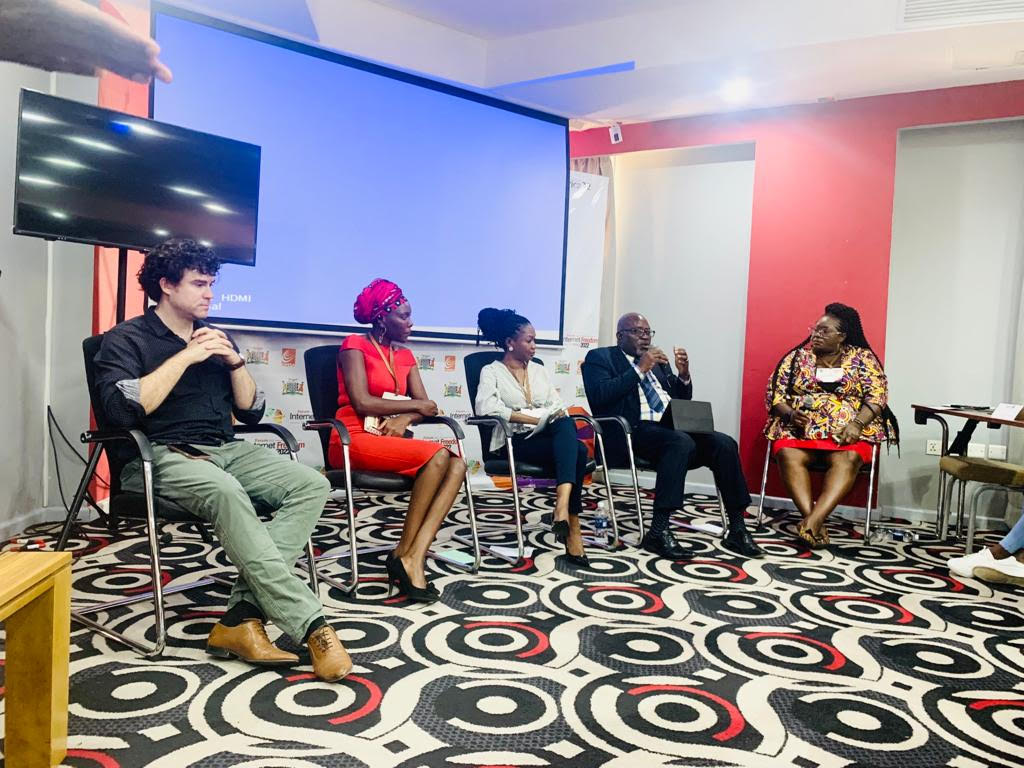 Tackling Online Gender Based Violence was discussed in a panel on the second day of the Forum on Internet Freedoms in Africa. The Panelists started off by noting the complexity of online gender based violence (OGBV) and called for more research in understanding It. They noted that the attacks against women online, especially women in the limelight such as women politicians, often take a disinformation tactic.

Panelist talked of the various initiatives taken by their organisations to tackle OGBV. what stood out was NDI’s think10 initiative. A tool that contains a questionnaire for women in politics so that they can assess their individual security and tips to increase their safety. NDI has also conducted research on Online Violence Against Women in Politics. Their research has gone a step further an established lexicons used to abuse women and marginalised groups online.

Panelists also pointed  out that there is a need for laws that expressly criminalise online gender based violence to deter perpetrators. However, in addition to laws, they highlighted the need to build the capacity of various government actors such as police officers and women in parliaments to understand the concept of OGBV.

Panelists also pointed out the gender dynamics present in the OGBV incidents. For instance, women OGBV survivors are told to grow a thick skin, especially women in politics. While the focus is not on punishing OGBV perpetrators.

Big tech companies dominated the conversation on the need to simplify their community standards. The panelists and participants called on tech companies to consult regional and national stakeholders of the areas they operate in. This is vital for the community standards to reflect the national and regional contexts as opposed to euro-centric views as to what is acceptable or not.

For the past nine months, KICTANet has been developing an e-learning module on OGBV. You can access the e-learning course on the atingi platform