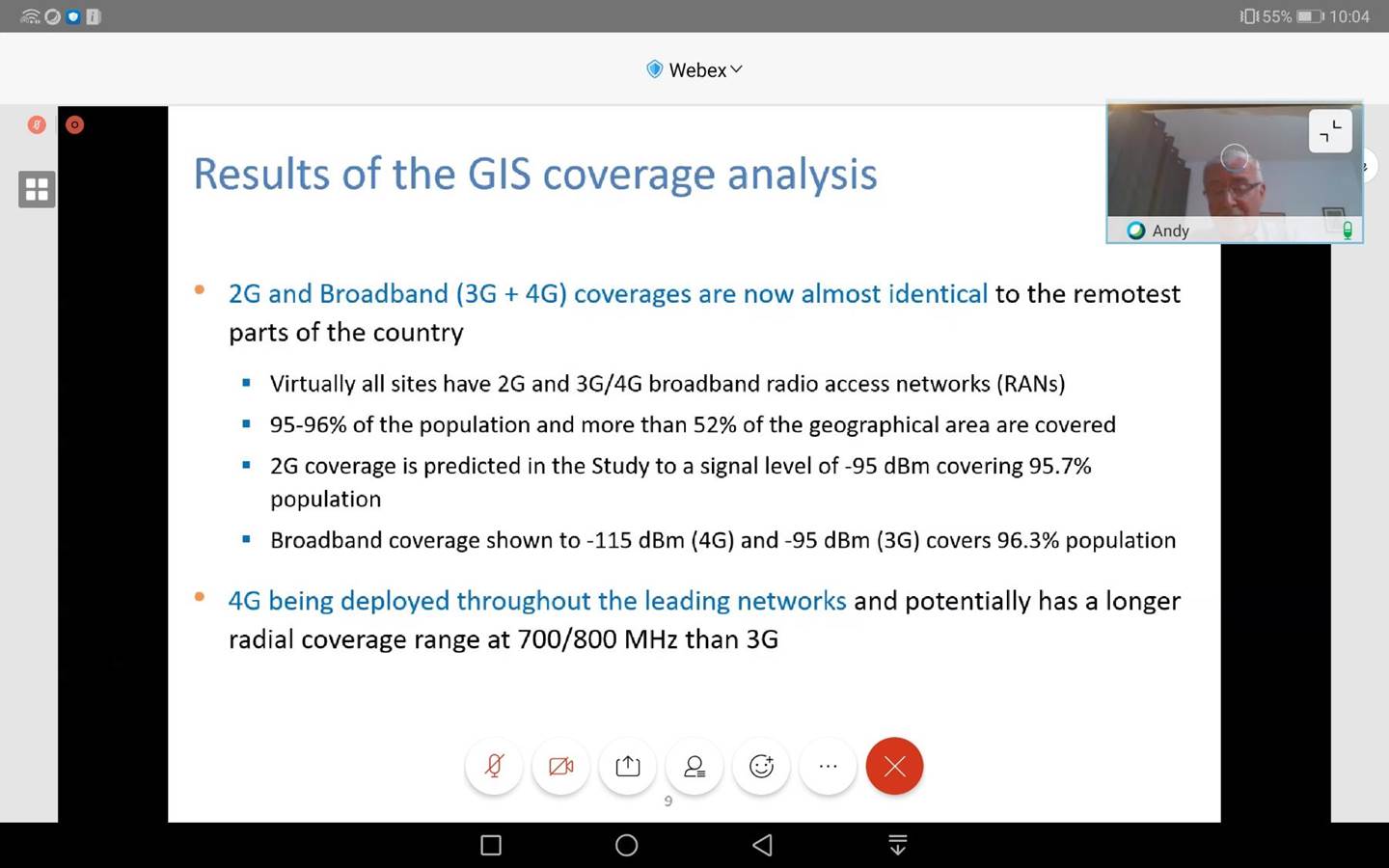 Hi Twahir
USF did a webinar a month or so ago to share the draft findings of the updated report. It is much more accurate than KNBS. I attach two screenshots, if I may, below.

If CNs can be for-profit, and also cover a large area, how is the license any different to existing licenses for tier 1, tier 2 or tier 3 NFPs? The only difference is the low fees. In which case, just remove the fees for the other licenses and there is no need for a specific CN licenseâ€¦ and with those fees lowered, the hundreds of existing tier 1, tier 2, tier 3 licensees may be more willing to venture into some of those areas you mention.

On the other hand, if there are already ISPs around those areas, the issue is not supply, as I mentioned previously, it is all about demand: lack of affordable devices, lack of affordable energy, lack of relevant content, lack of skills, lack of awareness and so on. I 100% agree that these issues must be addressed, but a licensing framework for CNs or even ISPs will not address a single one of those issues. Those are issues to be addressed by USF, Industry players (including ourselves) and everyone else.

Affordability is of course a critical issue too, and no doubt lowering licensing fees for tier 1s, tier 2s and tier 3s will help somewhat if the CA were willing or able to do that. But affordability is also a complex issue. In supplying a network there is infrastructure, backhaul, power, customer acquisition, customer service, billing systems, CRM systems and much more besides. And of course the license fees, corporate taxes etc. On the demand side there are also other issues, including VAT on airtime/data for example.

It would be a very worthwhile conversation and a necessary strategy to have in terms of addressing all these other issues above, but very different to this discussion on a licensing framework for CNs. Just giving a CN a license will not address any of those demand-side issues or any of those other supply-side issues. We need to acknowledge that.
Regards
Adam 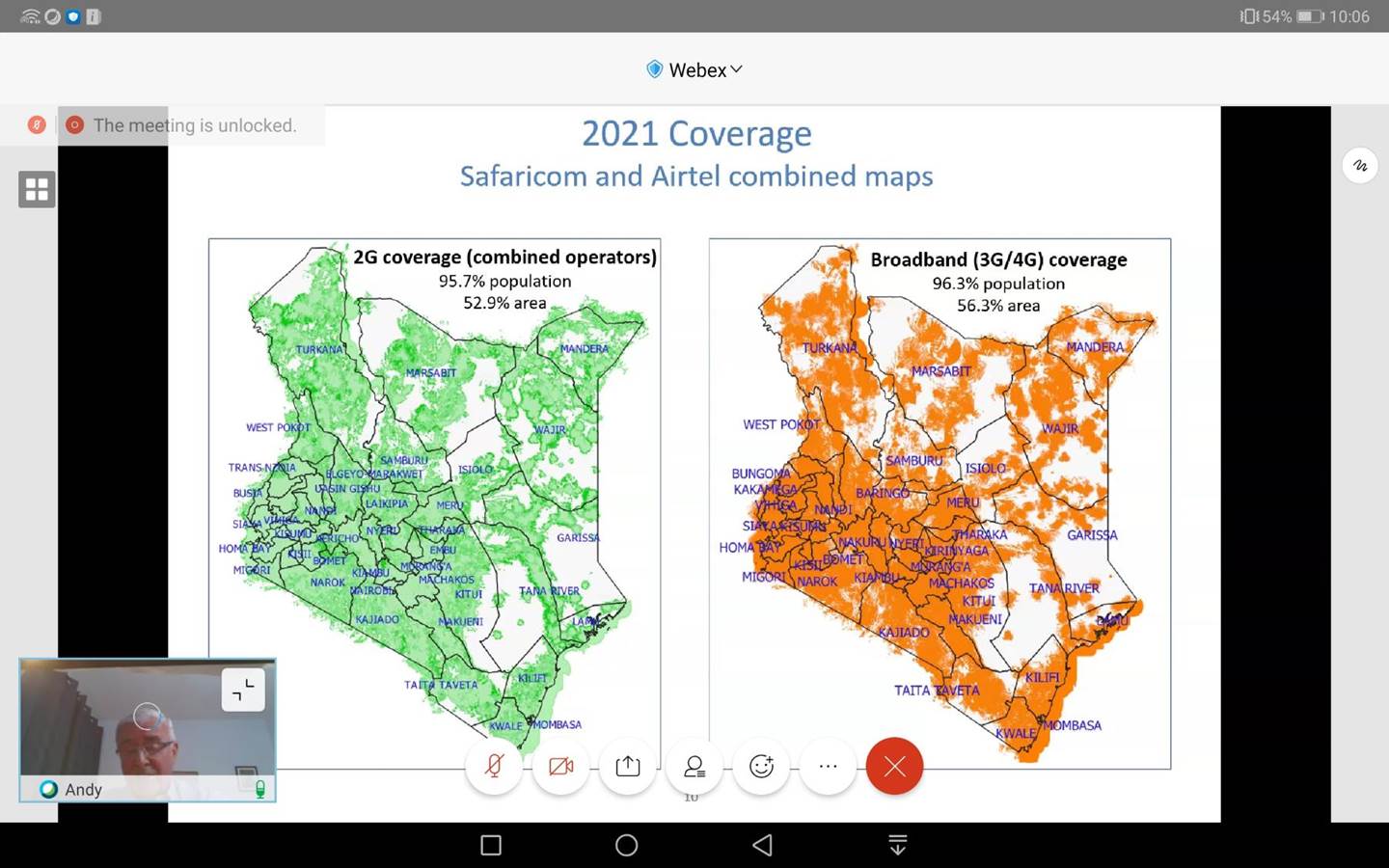 Some info that CA gives is not in tandem with what KNBS states. See my comments below

On Thu, May 27, 2021, 5:45 PM Adam Lane via kictanet <kictanet@lists.kictanet.or.ke<mailto:kictanet@lists.kictanet.or.ke>> wrote:
Hi Mwendwa
The framework is a positive step. Though Kenya has some of the best connectivity on the content, the CA has estimated that around 4% of the population do not have broadband network coverage and the business models of providing it in those areas are difficult (expensive to provide, few users, users have low incomes etc). Whether Community Networks are able to provide networks in those circumstances and at scale may be unclear but they should certainly be given a chance.
Kenya has a youthful rural population; the latest data from the census 2019 by the Kenya National Bureau of Statistics (KNBS) reveals. In this case, 35.7 million Kenyans (75.1%) are below 35 years, while 32.73 million (68.9%) live in rural areas.

Given these details, I wonder how we can reconcile the figure to 4% not covered by broadband.

The framework is definitely a step in the right direction.
I also want to commend the report for noting the critical issue of demand-side aspects of broadband usage (awareness, skills, access to devices, relevant local content etc). Addressing those issues are beyond the scope of the regulatory framework which is for licensing, but certainly it is good to note that Community Networks might be more willing to invest in those areas, and thus benefit from having more users.
The aim of the framework while stated is for licensing however, the licensing is focused on addressing a bigger issue – The Digital Divide.

If the license were not to focus on matters digit literacy, availability of digital devices, power then it will simply be putting regulation over nothing. The Digital Divide is very real and it cannot be addressed piece meal.
Since the stated purpose of the framework is to provide network coverage where it does not exist, my suggestion would be that Community Networks should certainly be given a chance in those un-served areas, and in those areas (88 sub-locations with 0 coverage, 239 sub-locations with <50% coverage for example) the CA needs to provide some efforts to reduce the costs of providing networks, including lower licensing fees, and lower spectrum costs. This should be for any operator, whether a community network, ISP or MNO. Since currently it is difficult for community networks to register, then certainly it is a good idea to make it easier for them to register and try to build a viable network.
Unserved areas exist within cities. Take an example of Nairobi; we have Poa Internet, Tunapanda serving the masses where major telcos have failed. The question is not only about coverage but also about affordability.

Mombasa has Muoroto, Bangladesh, Kisumu Ndogo… all remain unserved. Yet the town is teaming with all ISPs fighting for businesses within CBD and industrial areas of Shimanzi.
However it is strange that the suggested size is of â€œsub-countyâ€ rather than sub-location or ward; and strange that there is no limitation on location such as â€œno existing network coverageâ€. I would recommend a limitation on the size to be much smaller than sub-county, and more importantly, I would recommend a limitation on the community network to operate in areas that are un-served by other network providers (these areas are now well known following the Access Gaps Study this year).
Limiting areas for CNs to the neighborhood would make no sense in as far as CNs normally operate. Take examples of CNs in Africa…
Zenzeleni – zenzeleni.net/our-journey/ it covers at least a span of 60km if not more by now. This is equivalent to the distance between Mombasa and Kilifi, Mombasa and Kwale, etc. CNs should not be restricted within locations.

The last ACCESS GAPS Study am aware of was done in 2016, as per CA’s website an EOI is dated to begin and end on 27/05/2021 – ca.go.ke/document/expression-of-interest-eoi-for-consultancy-services-to-undertake-ict-access-gaps-study-in-kenya/

The way the current framework is written would allow community networks to operate in sub-counties of Nairobi or any other cities/towns, and be in direct competition to MNOs and ISPs, which I donâ€™t believe is the purpose of the framework.

Should the purpose of the framework be to address affordability issues of broadband (i.e. if affordability is one barrier of broadband usage along with devices access, skills, awareness, content, power etc), then I believe a different regulatory strategy could be developed to address this. This framework for community networks should be limited to areas that are un-served only.

As we had indicated, today we will have a discussion on the Licensing and Shared Spectrum Framework for Community Networks for Kenya that was issued by the Communications Authority of Kenya, available for direct download here<ca.go.ke/wp-content/uploads/2021/05/Licensing-and-Shared-Spectrum-Framework-for-Community-Networks-May-2021.docx.pdf>.

Today, we will discuss the licensing aspect of the community networks. and tomorrow about the shared spectrum framework.

The Community Network Licensing framework proposes;
1. Community Network Service Provider (CNSP) License to be created within the Unified Licensing Framework.
2. The community network should be fully controlled by a non-profit entity and carried on for non-profitable purposes, encouraging members of the community to participate in the governance, design, and operationalisation.
3. Two letters of support from Community Leaders as part of the application process for CNSP to ensure community ownership
3. Geographical coverage of a CNSP will be a sub-county boundary
4. License period of 10years with License Application fee Ksh1000, Initial Operating License Fee Ksh 5000, and Annual Operating Fee Ksh5000.
6. Spectrum Fee: Fee waiver for non-protected access to lightly-licensed and license-exempt frequency bands by wireless access systems
7. CNSPs would be exempt from USF contributions, while the USF implementation framework may include a community ICT development and/or capacity building component. The authority shall further examine ways to ensure that community networks receive consideration under the future framework for the Universal Service Fund

Looking forward to an engaging discussion.

Unsubscribe or change your options at lists.kictanet.or.ke/mailman/options/kictanet/twahir%40hussein.me.ke

The Kenya ICT Action Network (KICTANet) is a multi-stakeholder platform for people and institutions interested and involved in ICT policy and regulation. The network aims to act as a catalyst for reform in the ICT sector in support of the national aim of ICT enabled growth and development.

KICTANetiquette : Adhere to the same standards of acceptable behaviors online that you follow in real life: respect people’s times and bandwidth, share knowledge, don’t flame or abuse or personalize, respect privacy, do not spam, do not market your wares or qualifications.