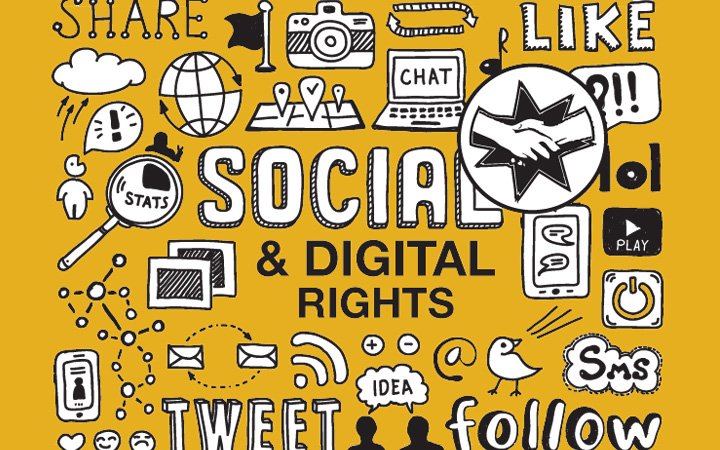 In 2019, Kenya underwent its third cycle of the Universal Periodic Review (UPR). UPR is a UN mechanism through which countries are analysed for their human rights record. Kenya’s last UPR was in 2015. During that review, some of the issues raised about the country included institutional reforms, civil and political rights, economic and social rights as well as group rights.

While CSOs have engaged in UPR processes, the discussion on digital rights could benefit from more dedicated input. KICTANet, with the support of CIPESA and Small Media, prepared a shadow report on UPR, dedicated to digital rights.

Digital rights are human rights online. They broadly include issues that enhance access to the internet, such as availability and affordability of the internet as well as consumer choice. They also include issues that affect one’s freedom, safety, and security online such as laws on internet content, protection of privacy online, censorship, and freedom of expression and association online.

In previous UPR cycles, some of the digital rights issues flagged for Kenya’s action include the lack of a framework for access to information, lack of internet access, creative rights, and privacy and data protection.

Although access to information is entrenched in Article 35 of the Constitution, there was a need for enabling legislation to give effect to this right. In 2016, the Access to Information Act was passed by Parliament. Its implementation is overseen by the Ombudsman. The Act espouses among others the principle of proactive disclosure of information, which requires that government and other agencies publish information that is relevant for the public, including its management and officers, how public finances are spent as well as how complaints can be made. Many people still face difficulties when seeking information from public offices. Journalists who seek information in public interest complain that many of the public offices do not have clear channels and commitments on access to information. Their inquiries are often delayed, defeating the purpose for which they sought the information in the first place.

Journalists and the public have therefore taken to online public spaces such as official social media accounts to seek information from public agencies. The use of social media for access to information shows the increasing importance of online spaces for human rights. However, in a country like Kenya, the internet and other digital communication networks are not readily available to everyone.

Although statistics indicate a mobile SIM penetration rate of over 100% of the population, things on the ground are different. As this access gaps study report shows, there are close to 200 administrative locations without access to even 2G networks and others where 3G networks are only available to 50% of the population. Considering that many government services are now offered exclusively online, access to the internet has become a vital part of service delivery. Persons with disability are calling for a more accessible internet that is sensitive and friendly to different disabilities. In addition, the Law Society of Kenya (LSK) who is among non-state actors participating in Kenya’s UPR is seeking a declaration that access to the internet is declared a basic right and thus be exempted from taxes.

Besides access to the internet and access to information, Kenya’s commitment to creative expression is a concern. A number of films and videos have been banned, despite the country adopting a film classification model. Previously, the country had a censorship model which supported the total banning of films. Stakeholders in the film industry expected the new model to herald an era of restricting films according to their content but in practice, films are still banned. The UPR has therefore flagged creativity as an issue for Kenya’s consideration.

As Kenya’s digital economy grows, so do issues related to how data is protected. Kenya is a regional hub for ICT innovation and has produced the world-famous mobile money technology Mpesa. However, data is prone to misuse in many ways. For example, the state and private service providers can surveil citizens. Personal data can also be used to profile people then send them targeted messaging that manipulates their decisions. This can potentially subvert democratic processes such as elections. In the previous UPR cycle, the state undertook to enact a data protection law by 2019.

The Data Protection Act was enacted in November 2019 but it is yet to be operationalised. The office of the Data Protection Commissioner, who will oversee the law, has not been set up. Debates on privacy and data protection demonstrate the need for the law to catch up with society. The government is among large data processors as it is undertaking several digitalisation programme. In January 2020, the High Court ordered the government to put in place an adequate and comprehensive legal framework prior in order to roll out its digital ID programme, Huduma Namba.

Flagging of issues under the UPR mechanism is not a one-touch solution to human rights problems. It only highlights topical issues as a reminder to governments as duty bearers to protect and uphold human rights. Under the UPR, a state can either take note of the flagged issue or make a firm commitment to rectify the problem. Even where the state makes a commitment, UPR stakeholders such as civil society organisations still need to monitor implementation.

In Kenya, over 60 civil society organisations have come together under the UPR stakeholders coalition. The coalition carries out joint monitoring and submissions. Coming together has enabled the CSOs to incorporate UPR work in their programme areas. This has in turn produced well structured and implementable recommendations for action by the state. But as many stakeholders explain, recommendations do not automatically result in action, so the organisations are constantly carrying out advocacy for long term reforms.

A lesson from the coalition that digital rights CSOs can adopt is that the UPR is not an event but a long journey beginning from the identification of issues, advocacy with states who have an audience in the process, submission of reports, follow-up on recommendations and advocacy with the state, especially on urgent issues. UPR, therefore, ought to be incorporated in other public advocacy work.

Grace Mutung’u is a research fellow at the Centre for IP and IT Law (CIPIT) at Strathmore University. 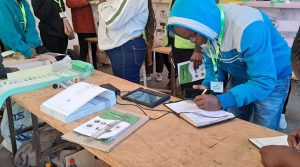