Zuku slows down during the seasons when many of their users are at home and not work.

The slowness is also experienced during the December holiday season.

From: kictanet [mailto:kictanet-bounces+awatila=yahoo.co.uk@lists.kictanet.or.ke] On Behalf Of Sidney Ochieng via kictanet
Sent: Tuesday, October 31, 2017 11:23 AM
To: awatila@yahoo.co.uk
Cc: Sidney Ochieng <sidney.ochieng@gmail.com>
Subject: Re: [kictanet] Internet speed throttling during the election period?

Yes, it seemed much slower than usual both on Zuku and Airtel particularly yesterday.

Did anyone experience periods of slow internet during the election time? 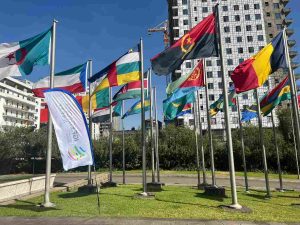