Emerging Concerns on Social media use in the Upcoming 2022 Elections

On 29th March 2022, KICTANet and Meta convened a stakeholder engagement bringing together various civil society groups to discuss emerging concerns on the use of social media in the upcoming 2022 elections. This was a hybrid event with over 70 online and physical participants. It used the Chatham House Rule to allow participants to express themselves freely.

The meeting kicked off with a riveting panel discussion on election preparedness. Issues discussed were: Online trends from Kenya and beyond that pose a risk to free, fair and peaceful elections, Observations on hate and incitement in a digital election in 2022, Emerging Concerns for vulnerable groups online, Misinformation and its effects on election Integrity and authenticity, and Challenges in elections observations and advocacy on social media.

The panellist called for civil society not to allow incitement and hate speech akin to the 2007 election that resulted in violence. They lauded the investigation of public figures such as Mithika Linturi, Sabina Chege and Raila Odinga for hate speech remarks on social media. It was noted that while politics is masculine, most online attacks are feminized. Finally, social media platforms were encouraged to seek help in fighting disinformation and hate speech online as the problem was too big for them to handle on their own.

The next three sessions focused on content moderation on social media platforms. The sessions were Overview of Meta’s Community Standards, Mini-Deep Dives: Concerns and challenges for online activists, and Meta’s Approach to election integrity.

Meta, with over 3 billion users, gave an overview of its community standards and how it is implemented through its content moderation procedures to fight disinformation, misinformation and hate speech, especially in elections. Meta has used its experience of overseeing online activities in over 200 elections globally to develop and update its content moderation policies. For instance, Meta now requires transparency on sponsors of election ads, does not allow foreigners to run elections ads in a different country and cracking fake accounts using AI and increases staff to regulate content.

Participants raised the following concerns about content moderation in the upcoming elections; 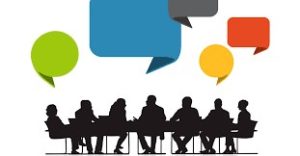