The 7th East African Internet Governance Forum took place from 17th to 18th October 2019. The theme of the forum was “Achieving Digital Inclusion in East Africa”. The Forum was hosted by the East African Community Secretariat under the Directorate of Information and Communication Technology. This was also the first time the forum was hosted by the United Republic of Tanzania since inception in the year 2008 under the auspices of the Internet Society, Tanzania Chapter.

More than 100 participants from the six East Africa Partner States Burundi, Kenya, Rwanda, Tanzania, Uganda, and South Sudan participated in the Forum. The meeting was also streamed on the Internet courtesy of the Internet Society. The theme for the forum and discussion topics were crowdsourced from the six partner states using the National Focal points and various social media tools for purposes of inclusivity.

Access to the Internet beyond connectivity was also discussed. Two Infrastructure service providers Facebook and Basic Internet showcased some of the initiatives they were piloting in the East African Region to ensure meaningful usage of the Internet. They also highlighted some of the challenges they were facing as they rolled out connectivity to Communities in East Africa ranging from policy to digital literacy issues.

The Youth had a well-attended session that sought to strengthen their collaboration in the Region. They created a Communication platform through which they could share capacity building and mentorship opportunities in the Region.

Smart ICT Regulatory Frameworks were discussed in light of increased reliance on Internet products to provide governments and business services in the Region. This was followed by a session that sought to interrogate how the East African Region was preparing itself for the 4th Industrial Revolution.

Data Protection and Privacy in the East African region was also discussed. It was observed that only one country had legal and legislative frameworks while the rest were still in the process of developing their frameworks. Panelists and discussants observed that there was a need for Data Protection and Privacy frameworks to protect the nascent Electronic Commerce industry in the East African Region.

Digital Taxation in East Africa was also discussed. Panelists and discussants reviewed the state of play in the East African Region and observed that the approach used to implement digital taxation had affected Internet uptake and electronic commerce in the East African Region negatively. Panelists and participants agreed that there was a need for engagement and capacity building for policymakers to be able to understand how emerging technologies such as over the top services (OTT’s) operate.

For the first time, twenty deaf and blind participants joined the forum and highlighted the fact that Internet Governance deliberations needed to consider stakeholders living with various disabilities. Participants were encouraged to ensure that technological developments took cognizance of the important stakeholder group and that organizers needed to be deliberate and intentional about involving stakeholders living with disabilities in policy conversations.

The Forum ended with the presentation of a draft report, which is available in the publications section of this website.

The East African Internet Governance Forum could not have been possible without the support of the Africa Union Commission through the Policy and Regulatory Initiative for a Digital Africa, The East African Community Secretariat’s Directorate of Information and Communications Technology, GIZ, Facebook, the Africa Network Information Centre (AFRINIC), the Internet Society (ISOC) and the Internet Corporation for Assigned Names and Numbers (ICANN). 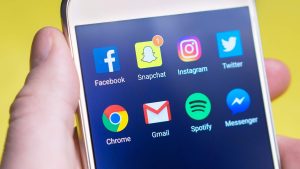