Great question Ngigi. And it goes to the heart of the matter.

Let’s start with eCommerce, because Amazon is not just in eCommerce. They
are becoming a colossal across many industries. So the issue with Amazon
isn’t a ‘dominance ‘ issue perse but how they behave towards
ecosystem/platform players. Some of the examples are astounding. For
example:-

Using data from it’s partners, using their marketplace to copy and then
undercut their own customers. These are really new boundaries we are
navigating. The Monopolies of today and more insidious than the old
monopolies.

> Ali,
>
> Does Amazon, which is one of many, many eCommerce / Commerce shops come
> even close to dominating an industry as Facebook for instance has dominated
> Social Media?
>
> Regards
>
> On Wed, 30 Oct 2019, 08:08 Ali Hussein via kictanet, <
> kictanet@lists.kictanet.or.ke> wrote:
>
>> Listers
>>
>> Relevant in this day of Dominance and Market Failures.
>>
>> Not since the heydays of General Motors in the early and mid years of the
>> 20th Century has a company stood over the industry like a colossal. In many
>> ways Amazon is the New General Motors.
>>
>> Regulators and Policy Makers are circling. Globally, led first by the
>> European Union and now the Americans. On can probably say that the American
>> Government has been generally ambivalent to these issues until early this
>> year when arguably first shot was fired by Makan Delrahim, the head of the
>> Ant-Trust Division of the U.S. Department of Justice., when he said of Tech
>> Companies:-
>>
>> ” They should think very seriously about their conduct, if you’re one of
>> the big guys, you should be careful to make sure you don’t snuff out
>> competitors because you think that’s good for your business. That not what
>> free markets really mean, and we’re going to come down on you like a ton of
>> bricks if that’s what you do.”
>>
>> This long article by The New Yorker
>> <www-newyorker-com.cdn.ampproject.org/c/s/www.newyorker.com/magazine/2019/10/21/is-amazon-unstoppable/amp> exemplifies
>> the conundrum of Capitalism today. At what point does success become
>> poisonous? What is good and what is bad? Where do we draw the line?
>>
>> Regulators are coalescing around the Four ‘Cs’.
>>
>> 1. *Concentration*: “The bigger a tech company becomes, the more they
>> can bully, so we need to put hard caps on how big companies like that can
>> grow, on what they can acquire.” said an FTC <www.ftc.gov/>
>> official.
>> 2.* Conflict*. According to Rohit Chopra
>> <www.ftc.gov/about-ftc/biographies/rohit-chopra>, the second
>> “C” is the conflict of interest that comes from “both controlling the pipe
>> and selling the oil.” Chopra, who agreed to speak only about antitrust
>> generally and not about Amazon specifically, explained, “If you do both,
>> you will structure your marketplace in a way that ultimately is
>> self-dealing, and you will use the data from those who sell on your
>> marketplace to benefit yourself.” There’s a long history of the government
>> forcing industries to separate distribution and sales; for years, movie
>> studios have generally been prohibited from owning movie theatres.
>> Unfortunately too often Amazon has been accused of this sin. Too often.
>> 3.* Contracts*. The next area of concern is contracts. Big tech
>> companies often make highly restrictive deals with smaller venders. Amazon
>> retains a contractual right to hold sellers’ revenues for long periods
>> after a sale and imposes limits on what data sellers can share with other
>> companies. Another F.T.C. commissioner, Rebecca Kelly Slaughter
>> <www.ftc.gov/about-ftc/biographies/rebecca-kelly-slaughter>,
>> said, “There are a lot of terms that go into boilerplate contracts that
>> consumers or workers don’t really have an opportunity to negotiate. It is
>> absolutely appropriate for us to be thinking about banning those.”
>> 4. *Complexity*. Lastly, regulators worry about the complexity of
>> current antitrust law. “You really have to be an expert, or hire an expert
>> attorney, if you feel like one of these companies is acting
>> inappropriately,” an F.T.C. official said. “The law only works when it is
>> simple enough for the little guy to bring an action on their own.”
>>
>> It is recommended reading to all business people, policymakers, activists
>> and regulators.
>>
>>
>> *Ali Hussein*
>>
>>
>> Tel: +254 713 601113
>>
>> Twitter: @AliHKassim
>>
>> Skype: abu-jomo
>>
>> LinkedIn: ke.linkedin.com/in/alihkassim
>> <ke.linkedin.com/in/alihkassim>
>>
>>
>>
>>
>> Any information of a personal nature expressed in this email are purely
>> mine and do not necessarily reflect the official positions of the
>> organizations that I work with.
>> _______________________________________________
>> kictanet mailing list
>> kictanet@lists.kictanet.or.ke
>> lists.kictanet.or.ke/mailman/listinfo/kictanet
>> Twitter: http://twitter.com/kictanet
>> Facebook: www.facebook.com/KICTANet/
>>
>> Unsubscribe or change your options at
>> lists.kictanet.or.ke/mailman/options/kictanet/ngigi%40at.co.ke
>>
>> The Kenya ICT Action Network (KICTANet) is a multi-stakeholder platform
>> for people and institutions interested and involved in ICT policy and
>> regulation. The network aims to act as a catalyst for reform in the ICT
>> sector in support of the national aim of ICT enabled growth and development.
>>
>> KICTANetiquette : Adhere to the same standards of acceptable behaviors
>> online that you follow in real life: respect people’s times and bandwidth,
>> share knowledge, don’t flame or abuse or personalize, respect privacy, do
>> not spam, do not market your wares or qualifications.
>>
> 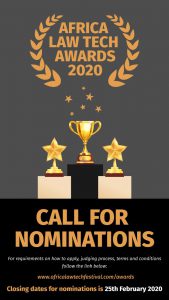