Thanks for your thoughts Jimmy, and for the useful resources,

Agreed, economic planning needs to be data driven and strategic. Just to add that if indeed the data shows that we don’t have comparative advantage in the sugar/maize sector, the study should also suggest what we can do as an alternative, so that we don’t leave people worse off in pursuit of strategic (in)efficiency.

Perhaps Kenya can earn higher quality revenue as a value-add processing destination for, say, Sudan and Malawi, if the data says so, and in that case reciprocal trade treaties would be made (if AfCFTA doesn’t remove the need for such) and County governments would organize the villagers to form import-process-export Cooperatives to transform the raw product, and export it within the region or internationally in processed form. That would be a good complement mix of strategic efficiency on one side balanced by strategic inefficiency on another side.

Motivations are at the heart of everything: If the goal behind every strategic economic decision is to leave the bottom-of pyramid majority better off as much as possible, our country will rapidly rise from poverty and enjoy the resultant benefits (e.g. a predictable political climate which attracts more prosperity…  a positive feedback loop).
On get rich quick startups, I would disagree with your views because a get rich quick mentality is a key trait for entrepreneurship – if it comes from a value creation perspective. It is about recognizing that resources are scarce and therefore looking for the most productive way to allocate capital by generating compelling high value propositions for society.

Even investors want to get rich quick from their investments.. because they trade in capital (and have many lower-risk options e.g. bond markets)… and that’s why the less sophisticated ones ask for outrageous equity for minimal investment (literally sabotaging themselves) and push to exit with multiples in less than 5-7 years which leads to a lot of craziness (and often guaranteed failure / loss).
“It is not from the benevolence of the butcher, the brewer, or the baker that we expect our dinner, but from their regard to their own interest.” – Adam Smith – Wealth of Nations (www.investopedia.com/updates/adam-smith-wealth-of-nations/)

Get rich quick becomes a problem when it is linked to extraction (deception / theft / plunder) instead of real value creation. But that is mitigated by rules (regulations), oversight (e.g. board representation) and checks/balances (e.g. investor appointed counter-signatories like CFOs). Systems fix these things.

On financial services, beside the fact that it would displace jobs geographically (which would leave the now jobless farmers worse off), I don’t think its a sustainable path for mass jobs creation (or growth). That sector is already being massively disrupted by tech – and things will get worse as Fintech AI becomes more reliable, accessible and affordable.

Have a great day!
Brgds,Patrick.

This is what I think about the two issues.
We need Citizen Report Cards. We need to find a way to do this by crowd sourcing not just the information, but the funding as well. At some point, Kenyans who are wealthy enough to offer patronage to citizen worthy causes and projects. This is the same for the seed funding required to develop local, indigenous ideas that have a potential to benefit all of us.
The first obstacle we must get rid of is the “get rich quick” mentality in the “startup” fad. Sadly, we are mostly suspicious of one another in this country so few are willing to give money to a visibly worthy cause because the said startup entrepreneurs will probably line their pockets and not succeed in fulfilling the “social contract”.
But if we went past these small issues, we can build web portals that visualise a lot of public data such as the KNBS census and household data. I did some work with Mzalendo Trust where a report was done on the Women representatives in the 11th Parliament. It was released as an infographic that really was a score card – http://info.mzalendo.com/media_root/file_archive/WP-Contributions_11th_Parliament.pdf.
We did some research on what the baseline issues should be in the counties these women represent. We found the Kenya Socio-economic Atlas invaluable – https://www.kenya-atlas.org/. We were able to see that Kenya should really be divided around its climatic predispositions and state funding should flow with these conditions in mind.
I asked myself, why can’t the Kenya Atlas be made interactive and up-to-date? As it is, it is a fantastic source of data for socio-economic policy development. After talking to the program manager at CETRAD and remembering some conversations with a commissioner at the Commission on Revenue Allocation, I think that this is a worthwhile thing to pursue.
This then informs and frames the issue of strategic inefficiency. Just by looking at the Kenya Atlas, one could quickly understand why sugar cane growing in Kenya will never be sustainable compared to the COMESA region. The inefficiencies in the sugar sector do keep a lot of farmers busy but these jobs are not sustainable.
We have a lot of the information and most of the tools that we can use to make Kenya strategically efficient in this region for our benefit. If sugar from Sudan and maize from Malawi are cheaper to buy than to grow and the fact that we have a larger source of educated human resource and are leading in financial services means we have things we can trade in with our neighbours, to our benefit. The cheap and unnecessary political animosity we seem to encourage with our COMESA exemptions would be dissipated.
These types of information can be disseminated as Citizen Report Cards with the added benefit of civic education that would result from discussions around the reports. After the Women Representatives report card, Parliamentarians began using the Mzalendo score cards in their re-election material.
Best Regards,Jimmy Gitonga
Web Software Design and Development LinkedIn: Jimmy Gitonga | Twitter: @Afrowave______________________________________
Web: afroshok.com

Indeed, Crowd Sourced Citizen Report Cards could lead to increased public sector accountability. Currently this gap is being filled by Twitter, in a crude way, but the potential is clear.?

How do you see the PPP arrangement with MSMEs looking like conceptually? Hopefully not to be financially sustained by Government, keeping in mind the reality of cartels / MNC lobbyists / tenderpreneurs who will quickly hijack it, establish themselves as gatekeepers and turn it into a rent seeking charade?
I am of the view that the data should be provided for free to anyone (e.g. via secure government APIs) and MSMEs should find their own ways of “monetizing” it by creating innovative value-add propositions e.g. unique methods of analysis to yield forensic or predictive insights, independent content publishing or journalism.

Crowd funding via voluntary donations could also come into play to provide additional financial sustenance and maximize public ownership/goodwill around the initiative.

The open model will keep cartels away because there is real work and real value creation involved with no “assured income” and no gatekeepers to collect rent. Incidentally, these difficulties will attract real entrepreneurs, so it’s a great way of screening.

I think the idea (or different flavors of it) is worth piloting e.g. at a progressive County or Ministry (perhaps in partnership with a local University or TVET institution). Let’s see what happens, now that the idea is in the public domain. Great potential for creating new jobs and for inspiring an R&D culture that focuses on solving real-world problems.

Have a great evening!

Noted Muraya & thanks for clarifying.
True. Public projects should have public oversight unless there are clear compelling reasons, in public interest, to the contrary.
So, if I understand you correctly, the role of MSMEs would be to:
1. Create public information web portals and keep them updated regularly.
2. Collect accurate updates on government projects (e.g. go to project sites take photos and conduct contractor interviews every month; also collect data from relevant agencies) and update the data to the portal.
3. Conduct analyses on data and publish fairly objective scorecard/dashboard reports for all eligible government projects.?
Is that similar to what you had in mind??
What would the SME business model look like to avoid a rent-seeking type arrangement that in itself would be subject to corruption (which would turn the whole idea into a big mess)?
Though I support the idea of initial seed capital from gov, I think the SMEs would have to sustain themselves independently afterwards for it to make sense e.g. through ads or some indirect synergies where the portal adds value to their core business.
New Media businesses (independent publishers) for example might use this to boost their traffic/engagement (and advertising revenues).
Govenment could spice it up by creating a whistleblower bounty program where people who help identify corruption are paid x% of funds recovered (a graduated scale can be used, with hard capping). There would of course be need for smart rules to ensure the bounty program itself is not turned by cartels into a racket to fleece the gov.
I think you’re on to something…
Brgds,Patrick. 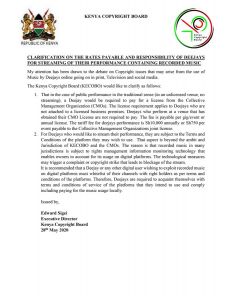 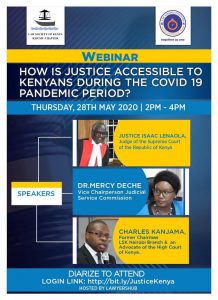